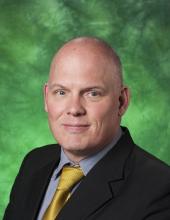 Kevin Caffrey has taught anthropology, Asian Studies, social theory, politics and the environment, ethnic/religious conflict, and other topics at Harvard University, American University, George Washington University, and The University of Chicago.  He earned a Ph.D. in Sociocultural Anthropology from the University of Chicago, and has conducted many years of ethnographic fieldwork in China and its highland Southeast Asian frontiers.  He has focused on the Chinese Muslim people of that region and their interlocutors, with particular emphasis on the stigma and stereotyping of the Hui as a “dangerous” people.  He has also written on U.S. counterinsurgency, mass sport in China, and soft power.  His research interests continue to include China and Highland Southeast Asia, but also include the more domestic issue of American gun culture.

Dr. Caffrey joined the UNT McNair team in September 2018. He oversees the day-to-day operations of the program and works with the staff to ensure the success of our scholars. In his free time, Dr. Caffrey enjoys spending time with his wife and children, and going fishing.

Rosa joined the UNT McNair team in August 2011, after being a UNT McNair Scholar herself from 2005-2008. Currently she is working on her second Master's degree in Public Administration with an emphasis on Financial Management through the UNT College of Business. Rosa assists the Program Director with the day-to-day operations of the program, and counsels scholars. In her free time, she enjoys spending time with her husband and children and going to the movies.