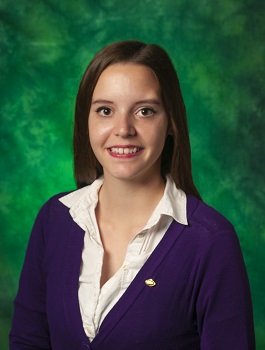 Email:
CaralynDawson@my.unt.edu
Mentor:
Dr. Terra Rowe
Research Topic:
Redlining as Environmental Racism: Assessing the Connections Between Discriminatory Policies of the 20th Century and Disparate Effects of Hurricane Katrina in New Orleans
Abstract:
In this research study, I hope to prove that there exists a link between the implementation of redlining policies-or the assigning of value to neighborhoods based upon their racial makeup-by the Home Owners Loan Corporation in 1934 and negative impacts of Hurricane Katrina felt by minorities in New Orleans in 2005, and to show that redlining in New Orleans constitutes a form of environmental racism. My research begins with the assumption that sections of New Orleans have historically been geographically vulnerable to flooding, and that this vulnerability has made these areas cheaper and therefore more attractive to minority populations and individuals of low socioeconomic status unable to afford home ownership in more protected areas of New Orleans. I will show that this grouping of minority and poor individuals led to categorization of these neighborhoods as less desirable and more risky for investment than more affluent and white neighborhoods. Over the course of this project, my intention is to prove that discriminatory denial of services such as loan and mortgage support and insurance to residents in certain areas categorized as undesirable led to the inability of residents in those areas to move elsewhere, contributing to the fixed racial makeup of redlined areas in New Orleans even after the policy of redlining was abolished in 1968. Additionally, I plan to demonstrate a disparity in the negative effects of Hurricane Katrina felt by white and minority populations in New Orleans, and to show a correlation between neighborhoods who received red designations by the HOLC in 1934 and neighborhoods which were most impacted by Katrina. Finally, I will solidly outline the link between redlining in New Orleans and disproportionate effects of Katrina on minority populations with evidence supporting this claim.
Alma Mater:
B.S. Ecology for Environmental Science | University of North Texas 2019
Top