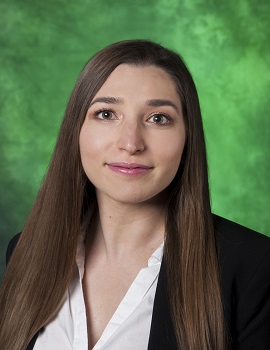 Email:
AzlynnOsborne@my.unt.edu
Mentor:
Dr. Yolanda Flores Niemann
Research Topic:
Gender Stereotypes: Across Different Sexualities
Abstract:
Inversion Theory states that lesbian women and gay men will be seen as possessing gender stereotypes that are traditionally assigned to the opposite sex. The stereotypes that society has of fictional superheroes based on intersecting identities, such as: sex, sexuality, and race, has not been studied. Comic books are a part of our main stream culture and it is important to know how the characters in them are viewed across different demographic variables. The participants (n=257) were students from the University of North Texas, that were recruited through SONA, an online tool used by the university to recruit students as participants in studies. Not enough data has been collected to determine whether sexuality acted as a moderating variable between the sex of the fictional comic book hero and the perceived gender stereotypes of that character. Future research should further examine stereotypes that are attributed to fictional comic book characters across more demographic variables.
Alma Mater:
B.S. Psychology | University of North Texas 2019
Top